I had a slightly different dressage lesson this week. B is feeling more consistent and is getting stronger all the time so it was time to start working on me a bit now too. I've really struggled to find the right centre of balance for me and my old saddle didn't help as it tipped me forward, didn't support me in the right way and I just felt 'wedged in'. My issues are that I'm hypermobile, have one leg longer than the other and am prone to tension in my lower back (as my muscles are working overtime to support my wonkey back). I have lots of exercises that I do to help combat the challenges but I am fully aware I will never be perfect. 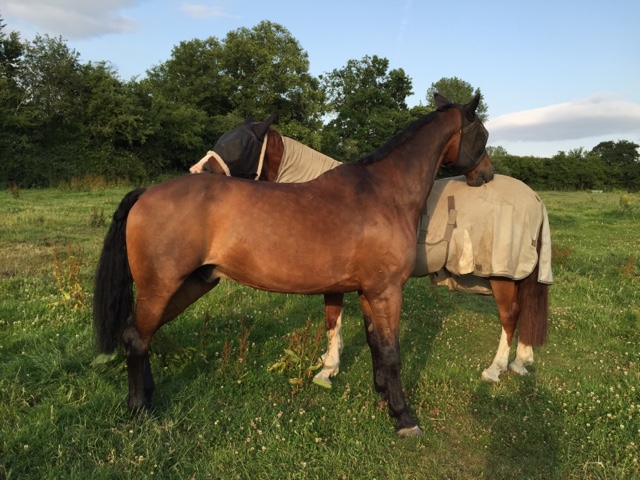 The new saddle has done wonders but I've looked at pictures and just gone 'yuck'! So operation Charlotte has begun and it all started in this session. First thing to sort out was head (imagine hair being pulled back) then chest (lifting up) followed by core (supporting and lifting) then my seat (I need to think 'perch' otherwise my bum sticks out or I tuck it under too far) and finally legs (imagining I only have my thighs, thinking balance). It all sounds like quite a lot to remember and whilst I'm nailing it in walk I don't find it so easy when the tempo is upped. I will be practising a lot to make this a muscle memory but I think it'll take a while.....
The position theme was followed on with my jumping lesson this week too. We warmed up over a x pole which Buddy was poilte into the first time but then started charging at the fence. We bought him back to trot and he was better but as soon as we cantered he was off like a thing possessed. So we started to play with my position and dropped my strirrups a hole so I could use my legs a bit more and this was a bit better but we then dropped another hole and this enabled me to sit much better and I was able to use my body to slow him down. Throughout the session B kept taking the bit and charging at jumps we weren't even going to jump, he was being incredibly rude so we worked on getting him to listen, dropped my whip and removed my spurs which helped although he was still uber keen!! He has definitely gone from one extreme to the other and is clearly loving his jumping a lot at the moment but he just needs to take a chill pill a bit and not let the excitement take over. 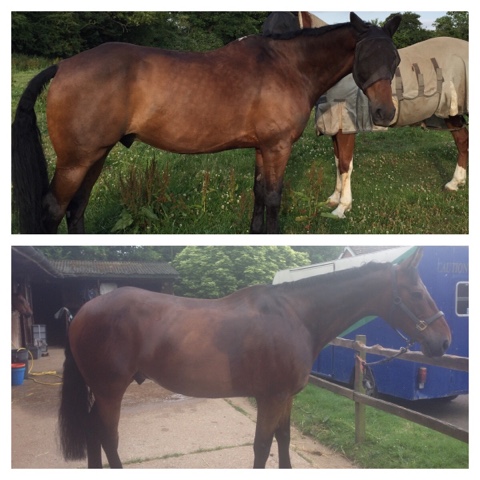 We also worked on me and making sure my position is far less defensive now as I need to learn to trust that B will go. At the moment I have a tendency to stay upright and then stay right back even over the jump which leads to an untidy landing and B shoots off as I'm not in total charge of him or my body. So we worked on making sure I go forwards over the fence and take the contact with me rather than just letting my reins get longer and longer. It took a few goes but I was getting better (although I still have a very long way to go) and it was making the landing and strides after the jump much more controlled. It was another game changing lesson that made my brain ache! I have another one this week and we will be trying a slightly different bitting set up to try and remind B that it is not poilte to hoon!
Our next outing was our final TQ competition which was at Wellington. I was doing P18 whilst the two girls did the novice test - Em has to but Lucy wanted to give it a go as her and Fryday are both more than capable. We warmed up well although he was feeling a bit onward bound in the canter and I was conscious I didn't want to spend too much time correcting it as it was very muggy and the indoor we were competing in gets incredibly hot and stuffy so I knew I'd just have to ride whatever I got when I was in there! As predicted it was ridiculously warm but I ensured I stuck to my plan and did a big circle at the top (scary door of doom) and cut across the school before halting in front of the judge. We trotted past and the bell rang. I was pleased with the test but there were moments where he backed off my leg and felt sluggish and the canter was a bit more onward bound than I would have liked with the added frustration that I knew if I'd checked him he just would have dropped me so there was some sloppiness in our transitions. However, it was a sweet enough test and I was pleased with him - I predicted a 66% based on previous performances. 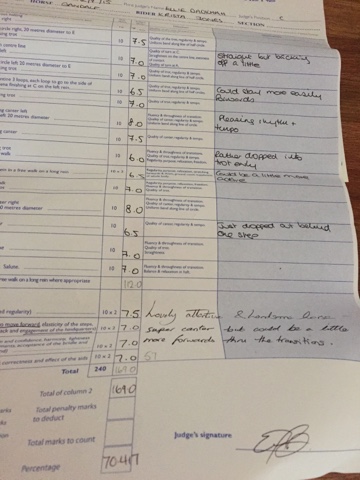 The girls were on much later so I packed B up and took him home and when I'd finished unpacking the lorry the girls text to let me know I'd broken the 70% barrier again! Totally unexpected but so lovely. On reading my sheet the good bit were rewarded and the bits where he backed off were marked down which is fair enough. There was a pro photographer in attendance so hopefully they got some nice pictures. Both girls did really well in the Novice test scoring over 65% so we ended up on really good team score and 2nd place overall. We weren't expecting it so it was all the more lovely to come away with a frily. We are still in 1st place in the region so we are now prepping for regionals which is incredibly exciting!!
Posted by Krista at 05:21